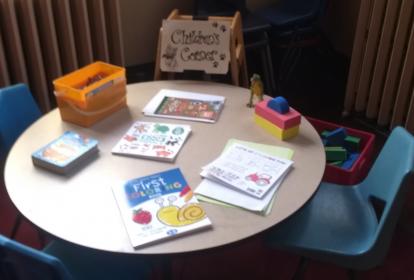 Interesting article on the real economic value of a church. One of the churches studied is Summit Presbyterian and Rev. Pyrch is quoted. Click to read the full article

A study asks: What's a church's economic worth?

What is the dollar value of a marriage saved? A suicide averted? An addiction conquered? A teenager taught right from wrong?

In short: What is a church's economic worth to the community it serves?

Last summer, a University of Pennsylvania professor and a national secular research group based in Center City took up that seemingly unanswerable question. With a list they devised of 54 value categories, they attempted to calculate the economic "halo effect" of a dozen religious congregations in Philadelphia - 10 Protestant churches, a Catholic parish, and a synagogue.

They added up the money generated by weddings and funerals, festivals, counseling programs, preschools, elder care. They tallied the salaries of staff and the wages of roofers, plumbers, even snow shovelers. They put dollar signs on intangibles, too, such as helping people find work and teaching children to be socially responsible.

They even measured the diameter of trees on church campuses.

The valuation for 300-member Gloria Dei (Old Swedes') Episcopal Church in Queen Village, for instance, was a middle-of-the-road $1.65 million. By contrast, the figure for Visitation of the Blessed Virgin Mary Roman Catholic parish in Kensington, with 7,000 congregants, a parochial school, and a community center, was $22.44 million.

The numbers, culled from clergy and staff interviews, "just blew us away," said Robert Jaeger, executive director of the research group Partners for Sacred Places.

The study is not yet published. When it is, the robust sums are likely to be challenged, predicted lead author Ram Cnaan, a Penn professor of social policy.

Some valuations were drawn from existing academic research, such as $19,600 for pastoral counseling that prevents a suicide and $18,000 for an averted divorce. Cnaan himself arrived at other values - for example, $375 on "teaching pro-social values" to a young child.

"Look, it's quite possible that someone will say we calculated all wrong" in some categories, he said. But, he added, he welcomed scrutiny.

He and the 21-year-old Partners have well-established reputations in the valuation of houses of worship. In 1998 they began a landmark research series on urban congregations' services to the poor (worth an annual average of $140,000). It led George W. Bush in 2000 to create the White House Office of Faith-based and Community Initiatives, which continues in the Obama administration.

If there are challenges to the "halo" study, they are not likely to come from churches, which stand to benefit.

"Equipped with such measurements," the report said, "a congregation could produce hard numbers to show community organizations, policy makers and potential funders the value of its local presence."

Among the churches in the study was 150-member Summit Presbyterian in Mount Airy, where last week the Rev. Cheryl Pyrch stood in the snow and pointed to a row of DayGlo orange dots climbing the stone bell tower.

Each spot marked where masons soon would drill iron reinforcing rods to keep the tower from cracking further - a job that will pump $50,000 into the economy. Summit's century-old slate roof is also "coming to the end of its useful life," Pyrch said. The estimated cost of replacing it is $250,000, a windfall for a contractor.

It is home to a remarkable array of community organizations, including a day-care center, a chamber orchestra, a synagogue, a dance and drum ensemble, a computer company, a dance school, a martial arts program.

It also rents space to the Adult Congenital Heart Association for its national headquarters. "It's almost as if this [church] is a small-business incubator," said Tim Clair, an association director.

On the other side of the city, the Rev. Bruce Lewandowski said the study changed his perception of his Visitation BVM parish.

"You might think of your church as an employer," he said, "but not as an engine driving the neighborhood economy."

Founded in the late 19th century for Kensington's Irish population, it now serves primarily Latinos and Vietnamese. He discovered that many of his congregants stay in the neighborhood long after Sunday Mass, patronizing Asian stores and restaurants.

Lewandowski thinks of Visitation as three institutions: the church, the 480-pupil school, and the Cardinal Anthony Bevilacqua Community Center. "Our mission is not just to get people into heaven," he said, "but help them maneuver through the trials and troubles of life."

The community center is home to dozens of sports teams and civic groups. At night, it becomes a refuge for prostitutes plying their trade along Kensington Avenue.

If he can acquire a vacant bank building nearby, the pastor said, it will become a 60-unit senior housing center.

Not all the categories proved net positives, however. The researchers found, for instance, that crime rates near eight of the churches were higher than in tracts several blocks away.

And measuring the congregations' impact on property values backfired for St. Luke's and the Epiphany Church in Center City, where adjacent real estate values were lower than in nearby neighborhoods. While that could not be pinned on the handsome church's presence, the category put St. Luke's halo into negative territory: minus $226,000.

Tuomi Forrest, Partners' associate director and a coauthor of the report, said he and Cnaan were pondering how to make real estate a more accurate metric. But he defended the overall findings: "No one in any field has ever tried to compile so many ways to calculate" the value of congregations."

The study shows the contribution of religious congregations "to be 20 to 30 times bigger than we knew," said director Jaeger. It "will give congregations dozens of new ways to articulate their value, broaden their constituencies, and survive and grow."

No messages have been posted.